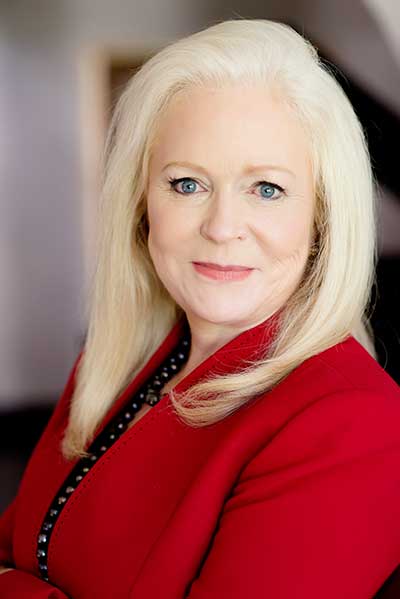 Each year the National Financial Educators Council honors an outstanding financial educator by presenting him or her with the coveted Financial Education Instructor of the Year Award. The 2015 recipient is Sharon Lechter, whose history of delivering practical financial education programming, raising mainstream awareness, and promoting legislation to encourage improved financial competency among our nation’s citizens make her a strong match for the NFEC’s award criteria.

The NFEC Financial Education Instructor of the Year award is set aside to recognize a single individual who has made markedly significant contributions to promoting financial wellness over the previous year. The NFEC contends that educators are the single most important influence on participant success; that’s why the council created this award to recognize distinguished financial education instructors for their contributions.

“Sharon Lechter exemplifies the stellar characteristics represented by the Financial Education Instructor of the Year award. She has been helping people improve their financial capabilities for decades and has made noteworthy contributions to expanding access to financial literacy programming,” states Vince Shorb, CEO of the NFEC. “Sharon’s publications, advocacy, and our brief meeting early in my financial literacy career personally motivated my involvement in the financial education industry.”

Sharon Lechter is an entrepreneur, author, philanthropist, international speaker, licensed CPA, Chartered Global Management Accountant and, most importantly a mother and grandmother. A life-long education advocate, she is the founder and CEO of Pay Your Family First, a financial education organization. Regarded as a global expert on financial literacy, Sharon has served as a national spokeswoman and Presidential Advisor on the topic.

Sharon has been a pioneer in developing new technologies, programs and products to bring education into children’s lives in ways that are innovative, challenging and fun, and remains committed to education – particularly financial literacy. In 1989 she joined forces with the inventor of the first electronic ‘talking book’ and helped him expand the electronic book industry to a multi-million dollar international market. Since 1992, she has dedicated her professional life and directed her entrepreneurial efforts in the creation and distribution of financial education books, games and other experiential learning products.

In 1997 Sharon co-authored the international bestseller Rich Dad Poor Dad, along with 14 other books in the Rich Dad series. Over 10 years as CEO she led the Rich Dad Company and brand into an international powerhouse. In 2008 she was asked by the Napoleon Hill Foundation to help re-energize the powerful teachings of Napoleon Hill just as the international economy was faltering. She has released three bestselling books in cooperation with the Foundation, including Think and Grow Rich-Three Feet from Gold, Outwitting the Devil and her latest project, Think and Grow Rich for Women, released in June of 2014. Sharon has also released Save Wisely, Spend Happily, in cooperation with the American Institute of CPAs.

Her financial literacy board game ThriveTime for Teens, an innovative experiential and fun life and money reality game, has gained recognition with coveted awards including a Mom’s Choice GOLD Award, Creative Child Magazine’s 2010 Game of The Year, Dr. Toy’s Best Vacation Product and a five-star rating from WTS Toy Reviews. Sharon is recognized globally as an expert on the topics of financial education for children and entrepreneurship. She is the co-author of Your Financial Mastery, a financial education college curriculum and recipient of the 2015 Excellence in Financial Literacy Education award presented by the Financial Literacy Institute.

A committed philanthropist, Sharon also gives back to world communities as both a volunteer and benefactor. She is a member of the Business Advisory Board for EmpowHER, a company dedicated to women’s health issues. Sharon also serves on the national board of the Women Presidents’ Organization, and the national board of Childhelp, a national organization founded to prevent and treat child abuse. Sharon is also an Instructor for Thunderbird School of Global Management for both its Artemis Program and its partnership with the U.S. Department of State and Goldman Sachs 10,000 Women program. Sharon was the driving force behind the passage of Arizona SB1449 in June of 2013, a bill that requires financial literacy concepts to permanently be incorporated into economics standards and created a separate statue for those concepts.

In 2002, Childhelp honored Sharon and her husband, Michael, as recipients of the Spirit of the Children Award. In 2004, Sharon and Michael were recognized as an Arizona “Power Couple,” and Sharon was also named as a 2005 Woman of Distinction by the Crohn’s & Colitis Foundation of America. She was honored with a 2012 Positively Powerful Women award for Philanthropic Leadership, by the Phoenix Business Journal as one of 2013’s 25 Dynamic Women in Business, and most recently honored by National Bank of Arizona with the 2013 Woman of the Year award and Arizona Business Magazine as one of the 50 most Influential Women in Arizona Business. In 2015 Sharon is being honored by Florida State University’s Women for FSU with a Gift of Wisdom Award as well as with the prestigious International Profilo Donna Award by Profile Woman.