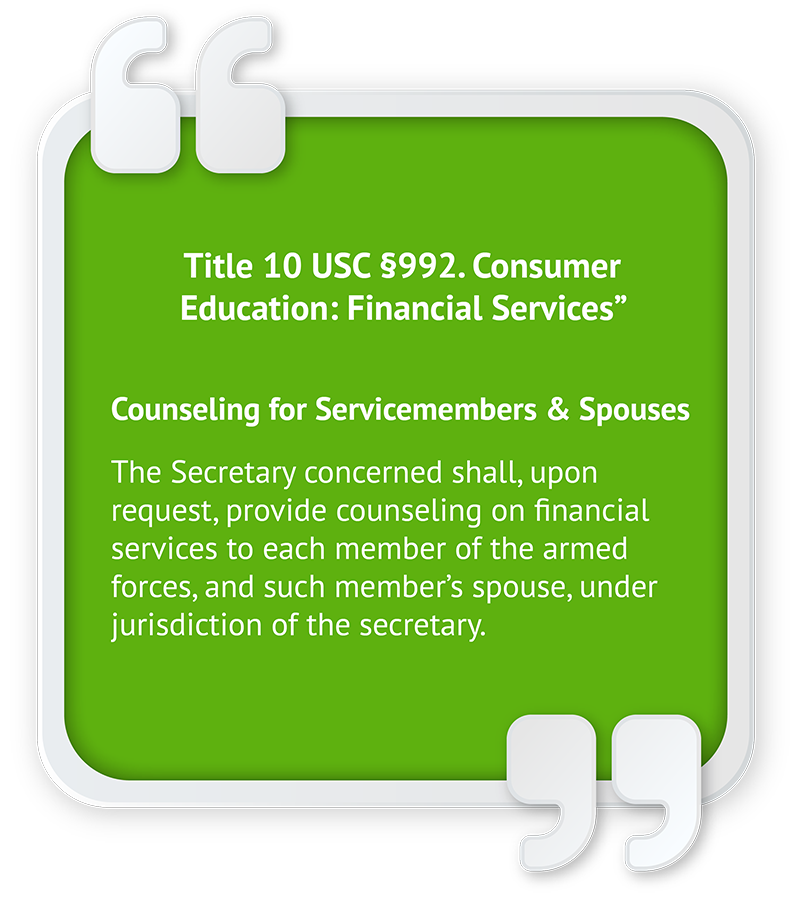 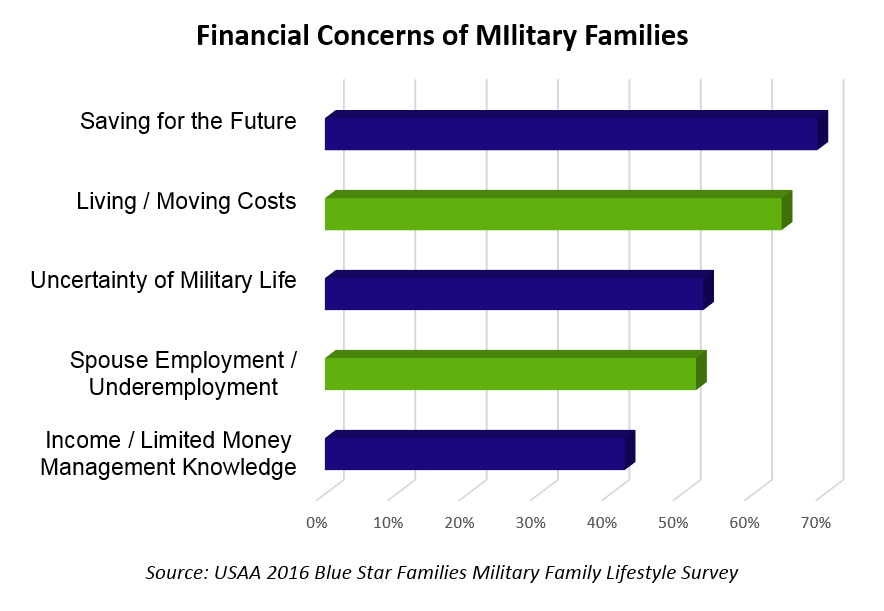 According to a 2016 Zebit survey, 44% of military respondents had credit card debt; 29% carried $5,000 in credit card debt or higher; military personnel have significantly more debt and fewer assets than civilians. In a survey conducted by USAA and Blue Star Families in spring 2016, the top financial obstacles among military respondents were saving for the future (69%); living/moving costs (64%); spouse unemployment/underemployment (52%); uncertainty of military life (53%); and low income or limited knowledge of money management (42%).

According to USAA/Blue Star Families, 21% of active-duty spouses who are unemployed had actively sought work within four weeks of taking the survey. The military spouse unemployment rate is 16%, four times the rate for all adult women.

Military financial hardships also extend to financial behaviors. If respondents had access to $1,000 interest-free credit, 45% said they would use it for big or unexpected purchases; 12% would use it for gifts for the holidays, family birthdays, weddings and events. Servicemembers filed complaints about debt collections almost twice as often in 2015 as the general population did (46% vs. 26%), says the Consumer Financial Protection Bureau. About 44% of CFPB’s debt collection complaints from servicemembers involved attempts to collect debt that the servicemembers believed they didn’t owe. 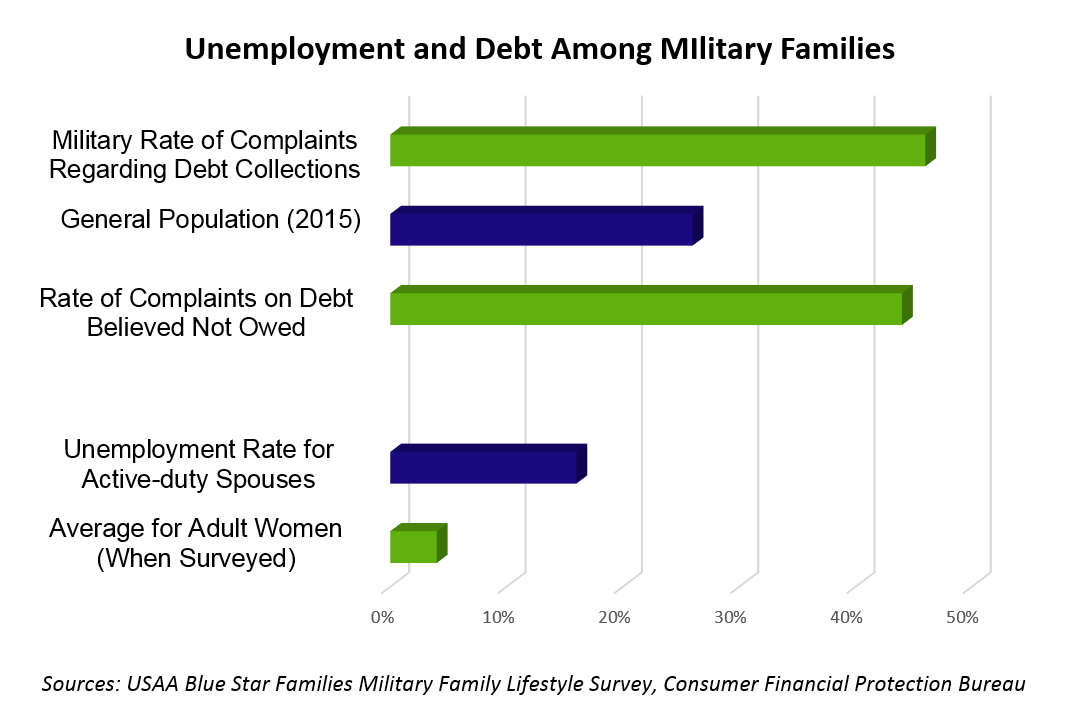 The military financial survey conducted by the NFEC and other organizations that gather data presented highlight financial literacy statistics shared by people across the country. Thankfully current active duty personnel have access to mandated financial education training programs through the Office of Financial Readiness.