Is Gen Edge More Money-savvy than its Parents?

When we asked a group of financial professionals who they thought bore the ultimate responsibility for teaching kids about personal finance, one expert had an interesting response. Hannah Ubl of BridgeWorks suggested that, as a result of the recession, Gen Edge may have had more realistic conversations with their Gen X parents than Millennials had with their Baby Boomer parents. “For Millennials, they talked about everything with their parents, except money,” observes Hannah. “Gen Edge is the opposite.”

Because their parents were hit hard by the recession and many are unprepared for retirement as a result, their conversations with kids about debt have had to be more serious and transparent, even when Gen Edgers were very small. 44 percent of Gen Edgers express concerns of college debt which “indicates that they have a realistic approach to finances; a drastic shift from the Millennial generation” said BridgeWorks, a generational consulting company.

Further statistics offer additional support for Ubl’s argument. According to BridgeWorks, Gen Edgers are a conscientious group of which 64 percent are concerned about landing a job after college. The Gen Edge mindset is very different from that of previous generations; for example, 71 percent expect to fail before achieving success. Ubl adds, “Gen Z was raised by the generation of latchkey kids who believe in the power of thinking and creating independently. Gen Edge is a DIY generation that grew up in a start-up nation; all you need is Google and intelligence – make your mark and get ahead.”

Open parenting and real conversations about finance, along with real-world exposure to the financial stressors of the recession and how their parents dealt with them, have the potential to make Gen Edge the most money-savvy generation in decades.

Most Parents NOT Qualified to Teach Kids Financial Education 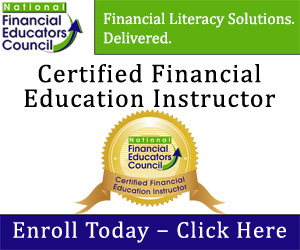